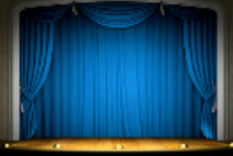 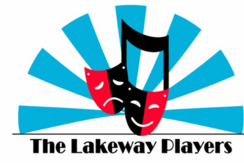 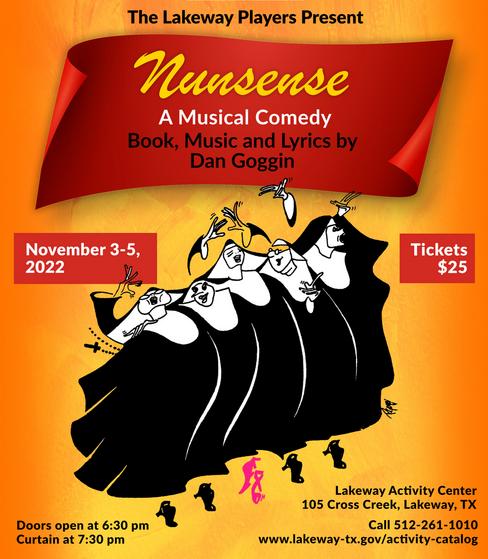 ​Nunsense is a hilarious spoof about the misadventures of five nuns trying to manage a fundraiser. Sadly, the rest of the sisterhood died from botulism after eating vichyssoise prepared by Sister Julia (Child of God.) Thus, the remaining nuns – ballet-loving Sister Leo, street-wise Sister Robert Anne, befuddled Sister Mary Amnesia, the Mother Superior Sister Regina, and mistress of the novices Sister Mary Hubert – stage a talent show in order to raise the money to bury their dearly departed. With catchy songs and irreverent comedy, Nunsense is sure to keep audiences rolling with laughter. One of the most popular and longest running off-Broadway hits of our time, Nunsense will work like the devil to get you to giggle… and you will!
​​       -  Directed by Kristen Logsdon

“A hail of fun and frolic! Wacky and outrageous with a hysterical ‘anything goes’ sense of fun!”